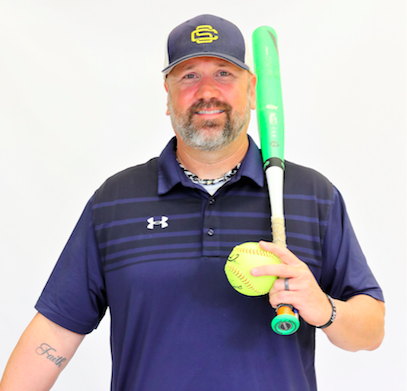 Coach Marvel was born in Hollywood, California. He grew up in Brea, California, and graduated from Brea Olinda High School. Coach Marvel received his Bachelor of Science degree in Kinesiology from California State University Fullerton. He has been married to his high school sweetheart, Jenny Marvel, for 23 years. They have three children together (21, 17, and 14). Two of his children attend Southlands Christian (Senior and 8th grade).

Coach Marvel has coached softball for 13 years at different levels. His coaching experience has expanded from recreational All-Stars to high school (Eastside Christian 6 years and Southlands Christian 1 year) and some travel ball as well. He began his coaching career in baseball (8 years) prior to having daughters and joining the softball world. Coach Marvel won a league title in 2018-19. He was named Coach of the Year back-to-back years in the Western Athletic Conference during the 2017-18 and 2018-19 seasons. During his first year at Southlands Christian (2019-20), the Lady Eagles started the season as an unranked team after going 4-11 the season before. When the pandemic hit in early March 2020, the Southlands Christian Lady Eagles were 5-1 and ranked number one in their division.

Coach Marvel has always felt God calling him to use his experiences to serve Him by coaching youth. His desire is to help athletes improve athletically, strengthen themselves mentally, and most importantly, create an environment where they can grow as young Christian athletes.