The Lady Eagles Softball team is off to a 5-1 start on the 2020 season. All fifteen girls are playing a huge role in the success of this team so far. This year’s team motto is “Ohana”, which means “family”. The family atmosphere is imperative as they care for each other and put others before themselves (#Buyin). The Lady Eagles have been working hard since October and the hard work is paying off. The team’s short term goals are to improve each day. Our season goal is to win league and our long-term goal is to bring home a CIF-SS championship! With the talent on this team and the “family first” mentality, these goals are achievable.

The Lady Eagles started the season off by defeating Santa Ana High School 12-6. The next game they faced their toughest challenge so far, losing to the defending CIF champions, Western Christian. The Lady Eagles fought hard against the team that is two-division higher and were tied 1-1 going into the 6th inning. Although they lost the game, the valuable lessons learned from that game made this team better. Good teams learn from their experiences and bounce back with unity. Our Southlands Christian Eagles went on to win their next three games, defeating Sacred Heart 18-8 and then defeating United Christian Academy twice (18-3 and 18-4). Both of those opponents are one division higher than Southlands Christian.

We are excited to see where God takes this team! We would love to have your support! Please check out our team website to follow our team at https://www.blastathletics.com/teams/28922/join 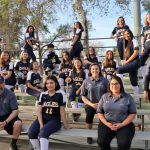 The Southlands Eagles look to improve in league in their next Track & Field meet on March 16th. 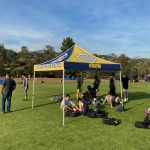 After a 5 and 1 start, the Eagles lost against a now 7-1 Desert Christian Academy. The Eagles Baseball team looks to bounce back with a doubleheader against Saddleback Valley Christian this Saturday. They also play Rowland High School, Saddleback High School, and Pioneer High School before their first league game against Sage Hill on March 17th. 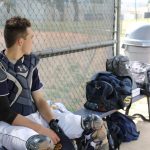