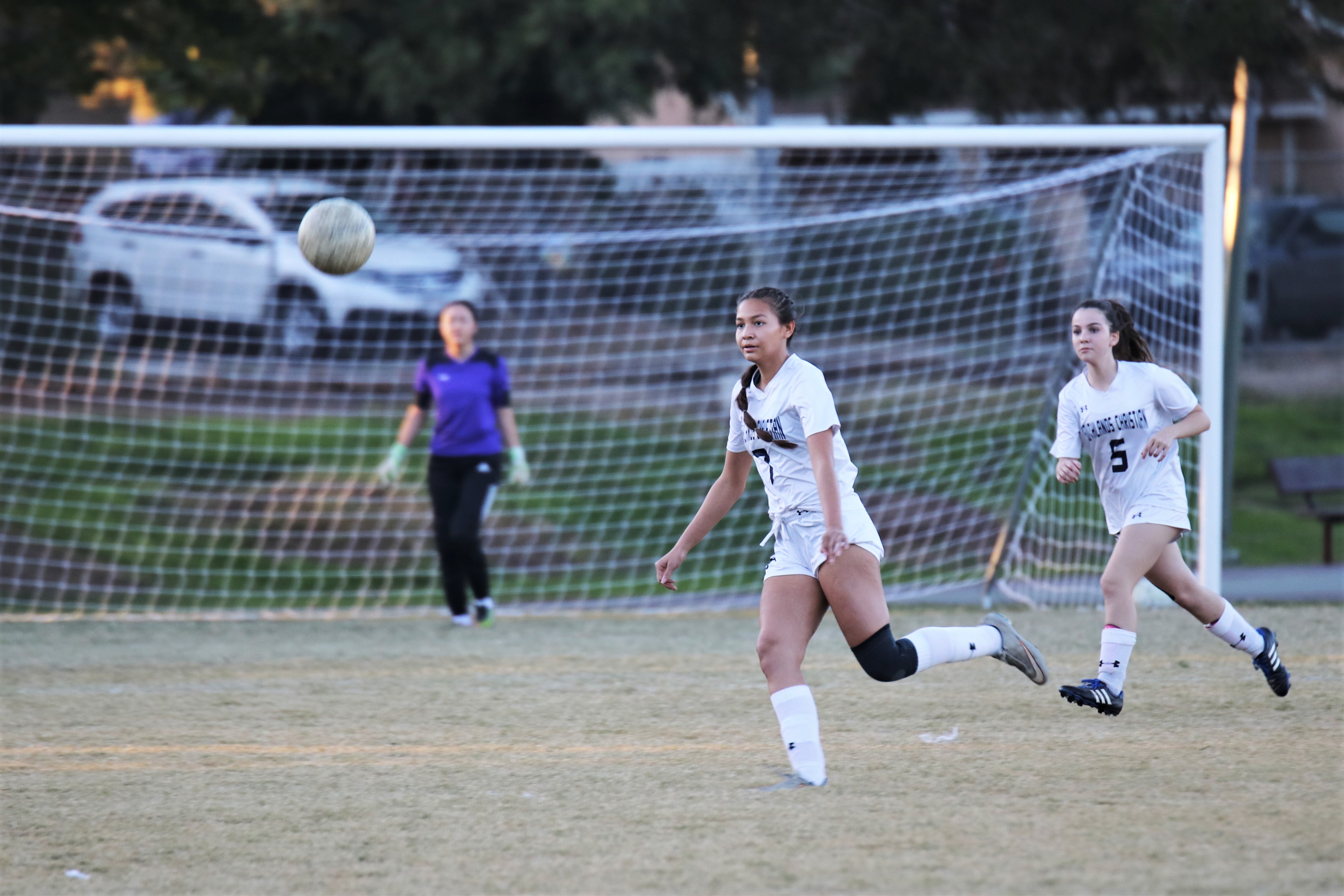 Our Girls’ Soccer team is a very talented team with many new players with a lot of space for growth and chemistry to improve. The Eagles started the season with a couple of tough losses to Pomona and Western Christian. However, our girls’ have turned up the intensity with wins against Edgewood and TVT and a 6-6 tie against La Puente High School. Check out girls’ soccer team as they have some home games on 12/4, 12/7, and 12/14. Their next game is today against Gladstone HS. 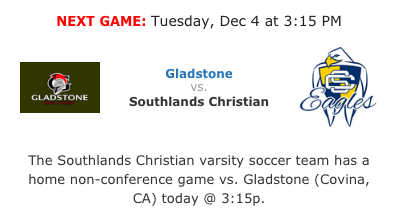 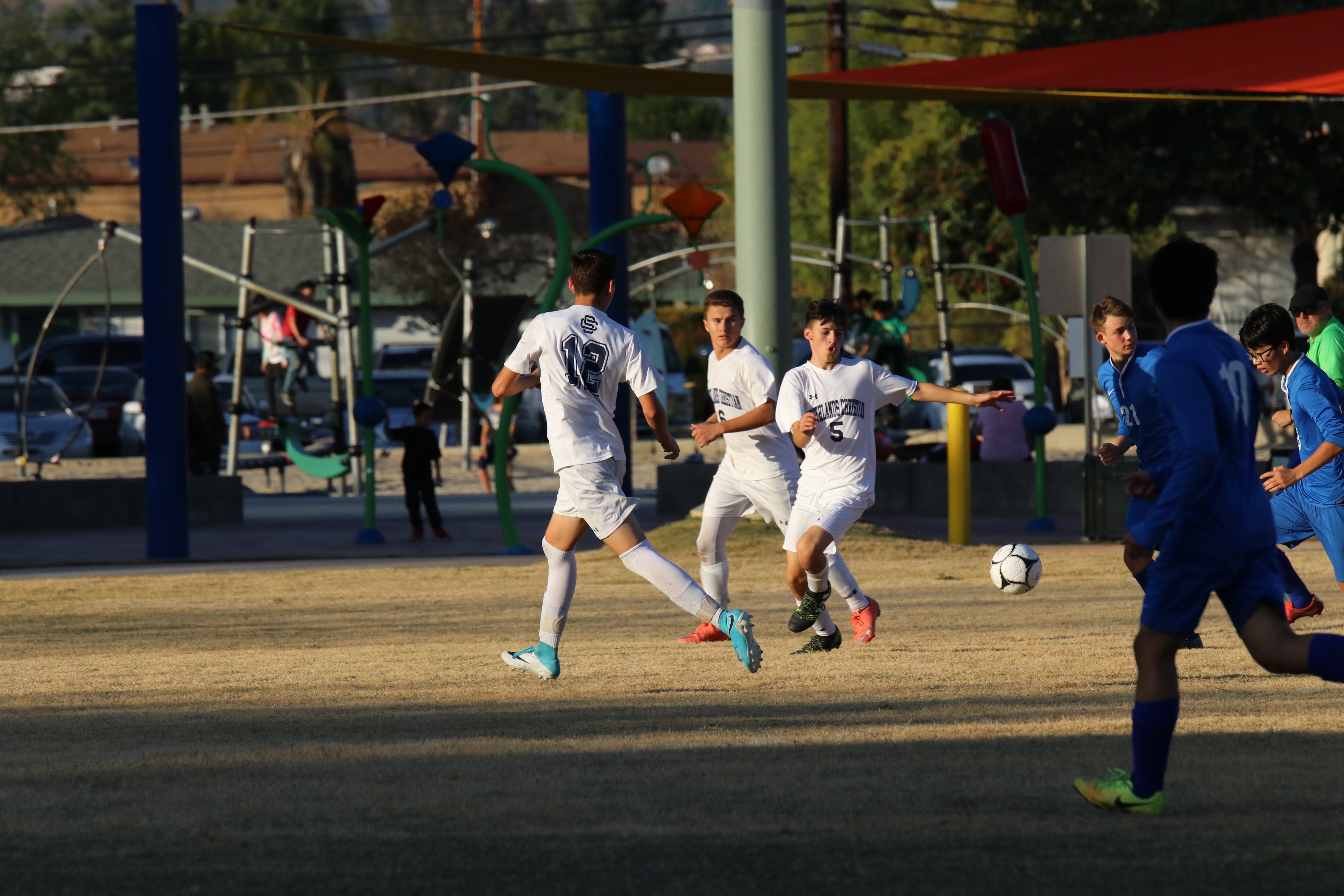 The Boys’ Varsity Soccer Team has struggled the past three games as they are 0-3 currently.  Last year’s San Joaquin League & Team MVP, Christian Robles, has been sidelined with an injury he sustained in Cross Country. Not having Robles is a huge blow to the team’s offense and confidence. However, Head Coach Marco Davila is confident that the boys’ best soccer is ahead of them. The boys’ soccer team has home games this month on 12/5, 12/7, 12/11, & 12/12. Today, 12/4, the boys play against Calvary Chapel Downey at 3 pm. Their next home game is against Calvary Murrieta at 3:15 pm. 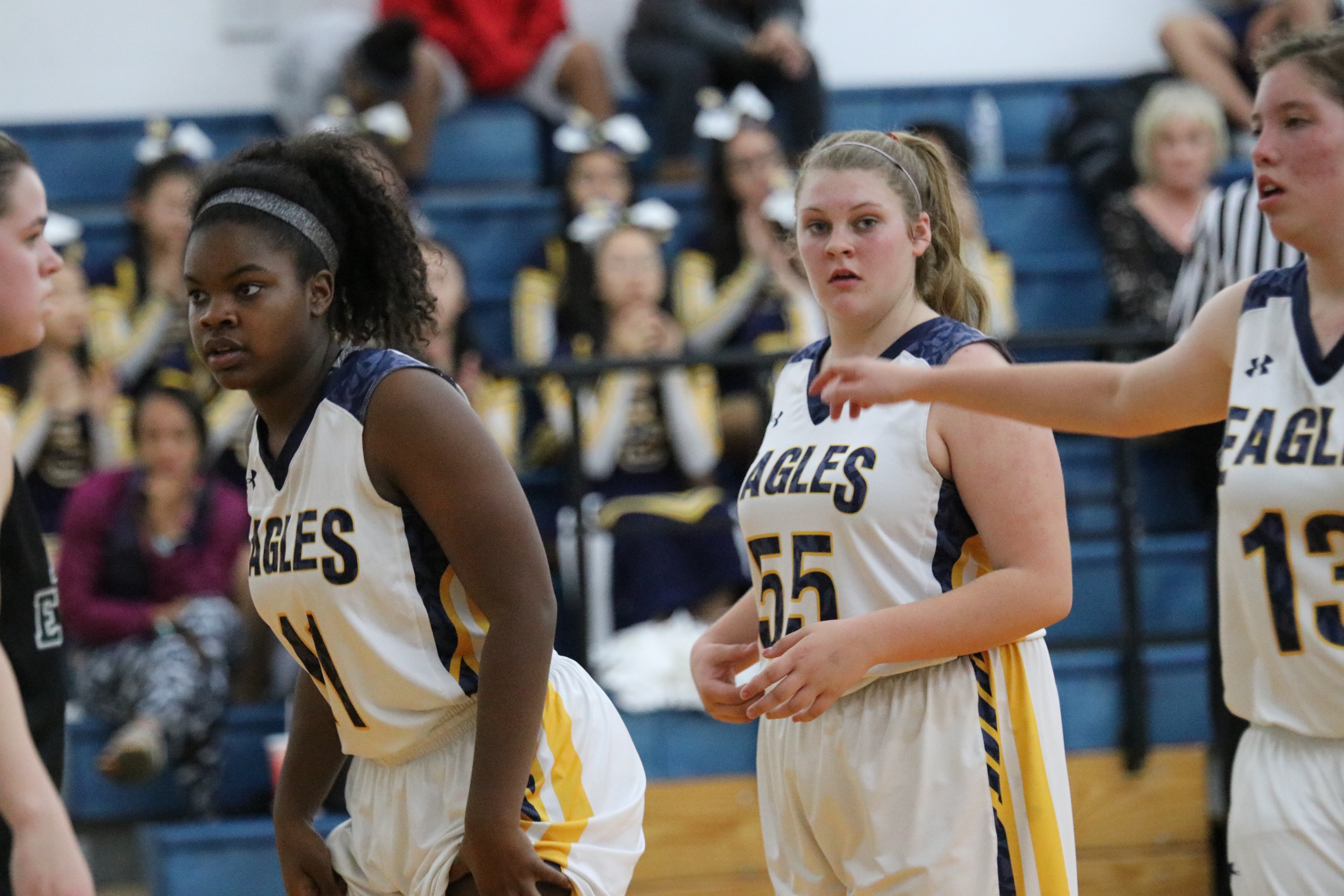 The Girls’ Varsity Basketball had a slow start to the season but the new head coach, Osaar Rashan (Coach O), has gotten the team close to .500 with a record of 3-4. The Eagles have a chance to even their record with a win against Calvary Baptist High School. The girls’ next home game is on 12/11 against Calvary Chapel Downey at 6 pm.

Our Boys’ Varsity Basketball Team started the season out in a blaze with 7 wins in a row and a Tournament Championship at the Buena Park. The Eagles are looking to improve upon last year’s 19-7 record, 2nd place finish in the Express League, and a CIF Semi-Final Lost in overtime that would have lead to the Final’s and State Championships. The boys’ have a high expectation of themselves and are looking to get the first league championship in school history. The boys’ next game is against Calvary Chapel Santa Ana at 6 pm at the Calvary Chapel Downey Grizzly Classic. Their next home game is on 12/12 against Rio Hondo High School at 6:30 pm. 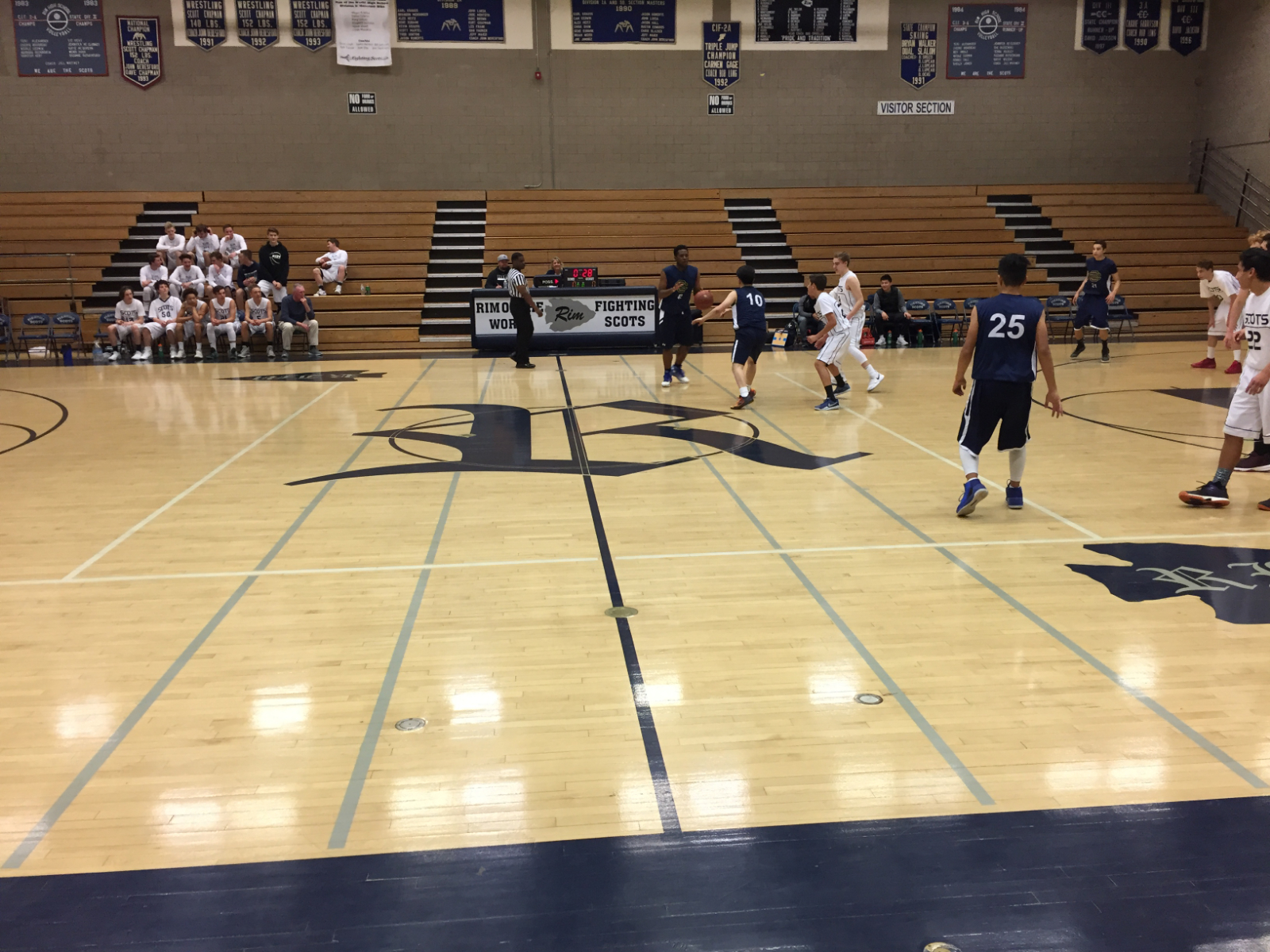 The Boys’ JV Boys Basketball Team has had a couple of close games that they’ve lost in the last couple of minutes. Currently, the Eagles are 0-7 but they are optimistic about their chances of winning a league championship. Last week, the Eagles had some close but tough games in the Ontario Christian JV Tournament that they lost. Coach Leo Larino hopes to cut his teams turnovers and improve their defense in preparation for league games in January. Their next game is at home as they take on Rio Hondo Prep at 4 pm and are looking for their first win of the season. 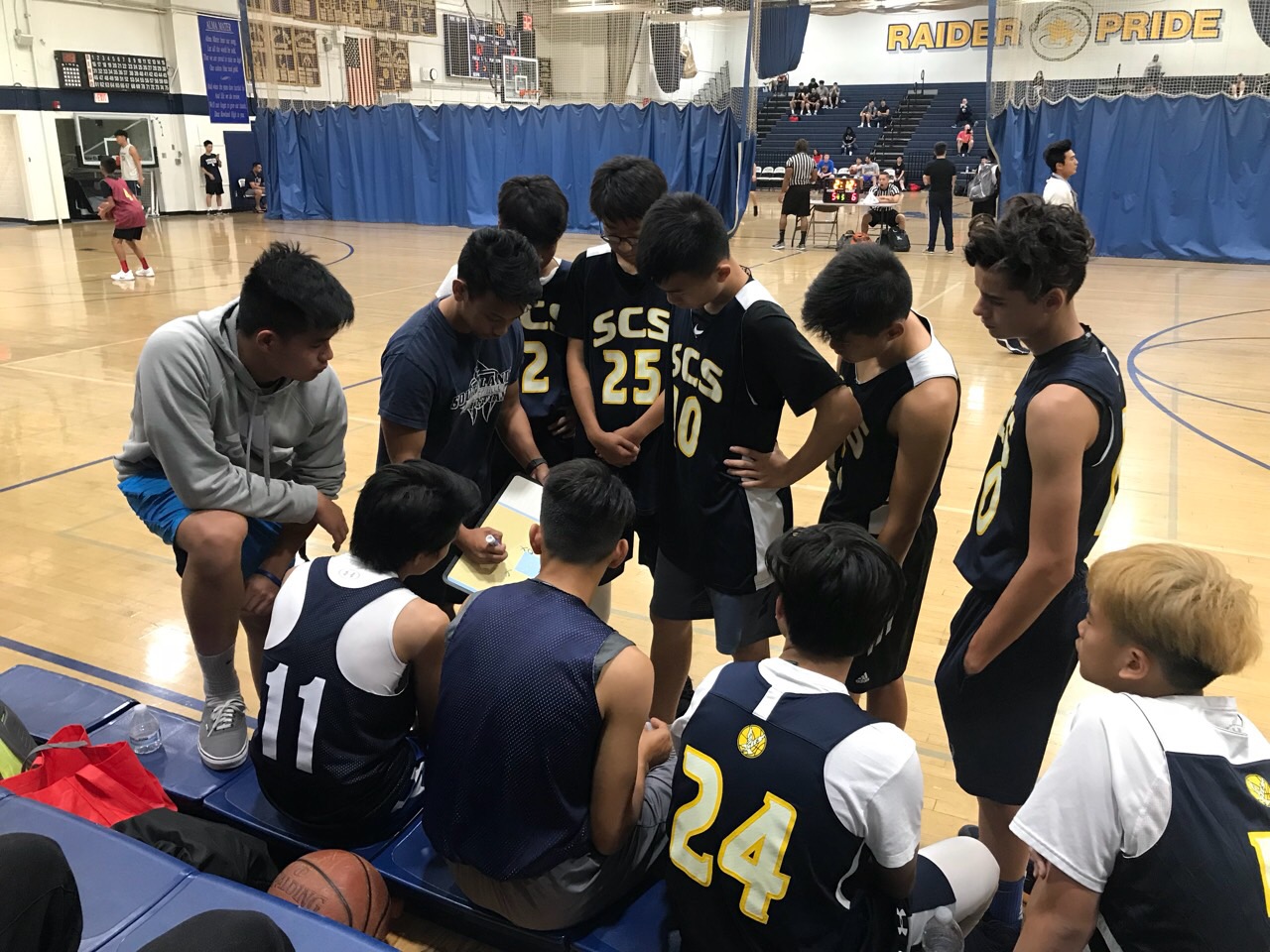 The Boys’ Frosh/Soph Team started the season off with an exciting victory of Western Christian as Freshman, Elijah Liu, hit the game-winning free throws in the last seconds of the game to secure the game. Watch the boys play today, 12/4, at home against Yorba Linda at 3:30 pm. They also play against Saddleback Valley Christian School at 6 pm. 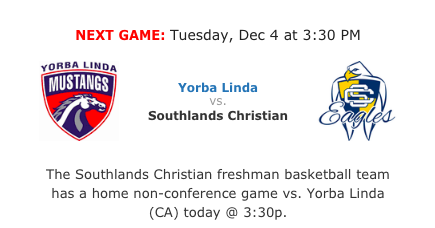