Congratulations to the Boys’ Varsity Team on winning the Coyote Classic Championship game against Kennedy High School (La Palma, Ca). The boys’ defeated Locke, SVCS, and Buena Park High Schools to make it to the Championship game last Saturday, 12/1/2018. The Eagles were playing a solid game as they were up by 10 points at the half, 37-27. Southlands poured it on in the third quarter as they extended the lead to 17 points. However, the Kennedy Fighting Irish would not give up as they fought to the very end as they got the game as close as 4 points with less than a minute to go. Senior Forward, Jack Leng, and Junior Point Guard, Vashon Vaughn, closed the game for the Eagles with clutch free throws to win the Buena Park Coyote Classic Championship. Vashon Vaughn was named the Tournament MVP and Aaron Reynolds was named to the All-Tournament Team. Jack Leng and Duke Oliva were honorable mentions for All-Tournament Selections. This was the very first tournament championship in school history for the Southlands Christian Eagles! 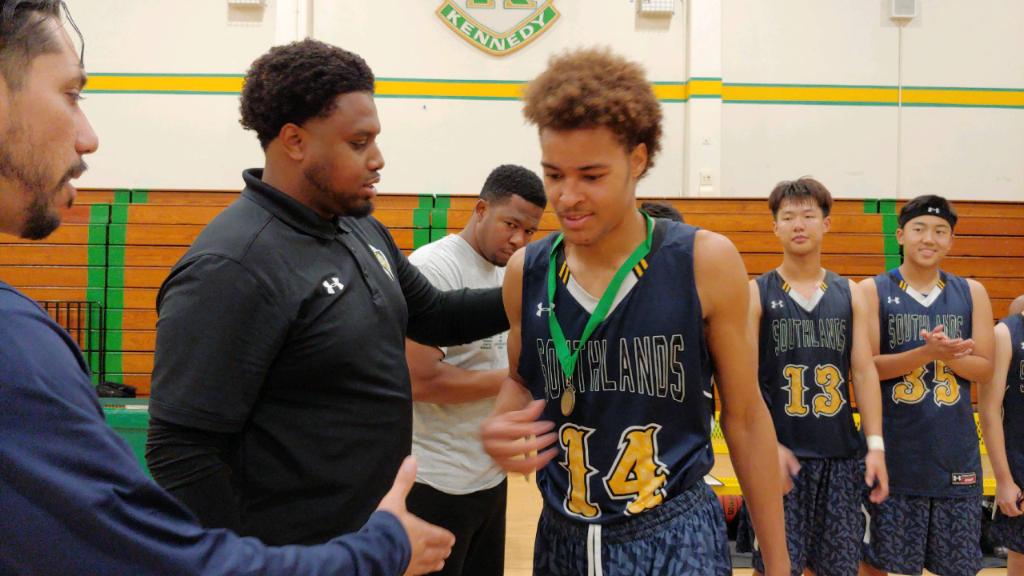